Before explaining of power of thought, Vethathiri Maharishi wish to give a broad perspective or overview of the working system of man in all its potential dimensions. To know the nature of thought force in its fundamental depth, one must visualize the naturally sophisticated mechanism of the physical body, and that mysterious phenomenon; the indwelling life-force.

Visualize the divine, omniscient Consciousness, which, taking its seat in the life-force and working wonderfully, expands or shrinks to any dimension, linking macrocosm and microcosm.

The bio-magnetic field, charged by the whirling motion of the life-force particles is the field for the functioning of consciousness, for all feelings, and for getting connected to the Universal Magnetism. It works unimaginable Magnetism. It works unimaginable wonders in individuals, in the human society, and in the universe itself. Magnetically, electrically, and chemically the body is directed, controlled and conditioned by three systems:

2. The autonomous nervous system (involuntary functions), like breathing, digestion of food, growth of the body etc.)

3. The universal wave system (comprising the entirety of unseen forces, imprinted from the beginning of time, in the universe as cosmic Consciousness.) 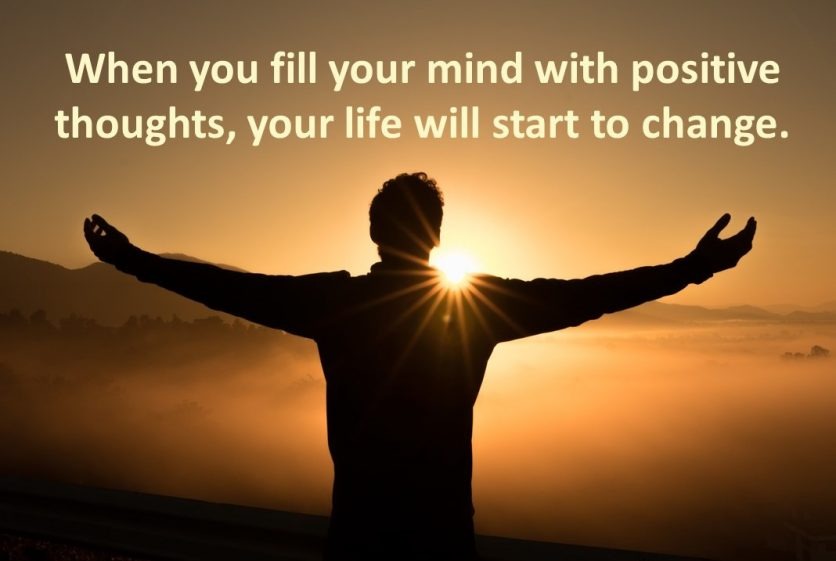 So every clash makes an imprint in the energy particles. This is similar to a recording on an audio cassette. Once imprinted, it becomes the character of the particles. Field and mass are the magnifying media for reflection of imprints. According to the media of imprint, the same media is required to induce and allow its reflection. The mechanism of television, radio and computer elucidate this principle.

When the spreading wave is radiated from the particles, the wave carries all the qualities or characteristics of the particle. When it clashes against another particle, the same character as conveyed by the wave gets imprinted on that particle. This is the law of Nature. And this fact should be kept in mind when considering the nature of thought force.

Yogiraj Vethathiri Maharishi makes us to understand the nature of the emergence of thought. Any feeling is the result of some shock in man’s magnetic field. Various psychic activities develop following the feeling. For example, one feels hunger. Hunger is an uncomfortable feeling which cannot to tolerate for a long time. Food is taken and the feeling of hunger is satisfied. The feeling, thought of taking food, act of consuming and satisfying the hunger, are all imprinted in the life-force particles. When the feeling of hunger comes again, the entire psychic scenario appears in the inner vision. This is thought.

Sometimes, even if one is not feeling hungry, when the mind is not otherwise engaged, the bio-magnetic wave automatically being emitted from the life-force particle, will bring out those imprints as thought. Every such imprint is made on the life-force particles through the media of the body cells and the brain cells. A line of arrangement in the cells of the body, limbs, and senses is made depending on the feeling or action. When the same line is activated again, it will act and cause an urge for the same action by reflection. Physical action goes to the Spiritual imprints and spiritual imprints will activate the physical imprints. This will involve a person in the same actions repeatedly. Once the mind is engaged in feeling, the imprint occurs. Reflection of the imprints in the psychic realm is thought. Reflection of the imprints in the physical realm is urge for action.

When one thinks of a friend and bless him, then the working force of mind will be of a certain frequency and character whereby it will radiate a harmonious wave to all parts of the body. If one thinks of an enemy and curses him, the force of the mind will then be aggravated in its frequency and character. As a result, this wave will disturb the whole body. Be blessing or cursing, the thinker is first characterizing himself, and thereby does either good or bad to himself. The thought-wave then affects the atmosphere and the person concerned.

In addition, once a blessing or a curse is imprinted in two persons, the interaction between them goes on continuously, and the good or bad effect becomes perpetuated. Such is the potential and power of thought. If one neglects dealing with the power of thought properly, through lack of knowledge, what will happen?

Our own treasure of life is the accumulation of imprints. All the imprints are derived from three actions: thought, speech, and deed. So we would give due respect to thought force, and always be aware of our thoughts whether they are reflection of another’s or our own. Focusing our thought on our behavior and personality is a process of streamlining and sublimating all our psychic functions.

Imaginary expectation resulting from greed, without references to providence or to our own action or hatred such scheming to cause pain and loss to others; these are manifestations of improper thinking and wasteful use of the thought force. Because we have hereditary imprints and imprints of deeds committed in the present life, degrading thoughts and pain-resulting actions may get reflected again and again. But through the systematic psychic practice of meditation, and through the practice of disciplining one’s deeds under guidance of spiritual preceptor, one can come to the right path of life. SKY Yoga online brings you a holistic system to lead a happy, prosperous and peaceful Life. 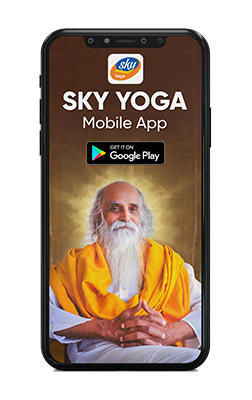 Vethathiri Maharishi's SKY Yoga is spread across 20 countries and has transformed over 6 million lives.
SKY is the perfect blend of Yoga, Kundalini Meditation, Intense and Practical Introspection practices that empower to lead a meaningful and fulfilled life.