RESEARCH ON MIND OVER MATTER

Today’s world is facing various kinds of problems and challenges at various levels. This is not due to the Nature but mainly due to man’s misunderstandings and misconceptions. In the absence of a scientific approach, the various shades of religions have divided the people thus depriving them of their ability to love others. In the absence of a coherent and philosophical base, science is full of basic problems begging for fundamental solutions; likewise, technology has been used more for destructive purposes rather than for constructive purposes.

Nature has gifted mankind with the Sixth Sense, an inquisitive mind, the ability and power to create, discover, invent and transform. The Research and Development (R&D) Wing of WCSC, harnesses the power of the human intelligence to create a unique symphony of Science and Vethathirium adopting a different approach. It aims to create innovative revolution using India’s rich Ancient Knowledge to suit the current times and to make our World a Global Peace land.

The projects and research undertaken by R&D Wing of WCSC are oriented towards World transforming Vethathirian Principles. 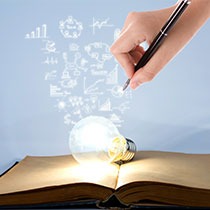 Committees and trust under WCSC for Research

Story of CUFA, a Scientific Conglomerate

On 14th August 1994, on the occasion of Maharishi’s birthday, C.U.F.A was formally announced. A group of twenty College Professors with the blessings of Maharishi had a first meeting on discussing the scientific concepts of Vethathiri model of Universe. On relating with the present science, The Committee found lots of differences between Maharishi’s revelations and the concepts held in the present Science.

Through continuous discussions, the CUFA committee found that the Vethathirian Science is coming out with entirely different dimensions to fill the gaps in Science.

On discussing closely with Vethathiri Maharishi, the CUFA committee found a truth that “He is taller than what he looks and greater than what he writes”. He nicely builds a bridge between Science and Religion. His findings give solutions to all fields from living science to Universe. CUFA further expanded to form sub committees for doing more research in the fields of Philosophy, Physics, and Biology etc.…

In 1995, on the day of Deepavali festival, CUFA committee expressed a wish to Maharishi for naming energy particles like Electron, Proton, Neutron in terms of “Yogon” and “Vethon”, the names they proposed for the conceptual particles proposed by Maharishi. As Vivekananda quotes, “Sages will declare the noblest truth to the mankind without any fear or favor”, Vethathiri Maharishi’s findings also were such Truths which gave lots of works to researchers for conducting research in diverse and interrelated fields.

Vethathiri Maharishi has presented his philosophy and science to many universities:

In 1996, CUFA committee was able to present a paper on Relative Theory of Einstein at Imperial College of London.

“Where Einstein ends, Maharishi starts. It is a perfect relay race.”

Vethathiri Science brings a new concept to fill the gap in the Sciences. While Science was talking about the Gravitational or Attractive Force, it was not able to explain about any counterpart to it. Maharishi fills the gap by proposing the two forces:

“Universe is nothing but Repulsive force and its fluctuations”

Another path breaking definition is “Consciousness is order of function in everything, everywhere”. Science is yet to go deep into the concept of Consciousness.

Story of CUFA, a Scientific Conglomerate

A three-day world Conference was organized by the Brain Trust in the year 2002 on the eve of Maharishi’s 91st Birthday where leaders from diverse fields, inclusive of Science to find out unified solutions for problems of human society. The idea is to find unification not only among the physical world but also to see how every field is nothing but the manifestation of the one Great Force.

Another path breaking definition is “Consciousness is order of function in everything, everywhere”. Science is yet to go deep into the concept of Consciousness. Vethathiri Maharishi, realized the Truth as Universal Being and it’s all pervading nature. He was able to recognize the Almighty principle, THE UNIFIED FORCE. Read more about this is in the book Unified Force.

Various research projects are conducted related to a benefits of SKY practices and teaching in addition to the scientific concepts of SKY.

“For Truth -Seekers, blessing is a wonderful technique for harmonising thoughts. At the time of blessings, the vibrating wave permeates the cells, the very core of one’s being, and it spreads out enveloping all the individuals in the vicinity, whether related to the thoughts or not”

The significant project of the SKY Research Centre

Vethathiri Maharishi has given us in detail the scientific, logical, practical usages and benefits of Positive Thought patterns.

Wave theory, is a scientific concept about the impact of thoughts, words and actions, through five stages of clash, reflection, refraction, penetration and interaction. This is explained in depth in Project Okra, a project on Okra Agri Plants which has successfully proven the interlink between Positive Waves and Improved Yield. Outcome of the Project:

Impact of this Project for common good:

In current times, one of the most life-threatening Dangerous Pollution is THOUGHT POLLUTION. This project scientifically proves the importance of Positive Thoughts and its far-reaching effect on one aspect of society i.e. Positive Thoughts have on Okra plants. This phenomenal tool can be implemented throughout the Agricultural sector, elevating the standard of living of our farmers by increasing their yield and help to reduce the fear during droughts and famine.

The success of this project has opened new avenues for metamorphosis in Humans too. Auto suggestions and Power of positive thinking is no more only a spiritual philosophy, rather this project proves the impact it has through scientific derivations.

“Bio prospecting the scientific principles on the use of Bio – Electromagnetic Energy as new paradigm in improving soil health, crop production and drought resistance”

Natural enemies against pests and diseases multiplied naturally in the crop environment there by the pests multiplication was checked without using any chemical fertilizer or pesticides.

The above two findings are very significant in their potential impact to enhance food production safely free from pesticides residues, mitigating environmental pollution and eliminating health hazards due to current practices of chemical agriculture. “Bio prospecting the scientific principles on the use of Bio – Electromagnetic Energy as new paradigm in improving soil health, crop production and drought resistance” To know more about the Research and outcomes of the above project reach out to:- WCSC President SKM.Maeilanandhan (3rd from left) visiting the Experimental site with his Directors Traditional rituals being performed before the start of sowing. Workers offering prayers to “Nature” for a prosperous crop. Dr. K Shoba, Project leader and other scientists attend the ceremony.

Few of the outcomes of the Health Research, impacts and benefits of SKY practices are stated below:-

The body produces four primary chemicals in the brain which affects happiness: Dopamine, Oxytocin, Serotonin, and Endorphins. Stress in thinking/perceiving/reacting is the single capsuled toxin which affects the health of an individual. For successful and happy life, balance should prevail between these hormones and they should be produced adequately.

Regular practices of SKY techniques helps in overcoming all kind of stress to a great extent. Our mind and body feel under stress, mainly because of the structure of modern life, and huge sections of the population are suffering from work overload. There are ways to press reboot through simple, well structured, tailor made programs in SKY practices.

Origin of the Universe, the Big Bang Theory and multiple theories have been unravelled by various scholars to understand the secrets behind the Universe and its functioning. Shri Vethathiri Maharishi, through his psychic practices, introspection and analysis has given the world a profound, scientific and simple theory of the Universe.

Vethathirian Model of the Universe enables a layman to understand the functioning of the universe, origin of dust particles, the process of evolution, and the impact of animalistic characters has on humans in addition to the unfailing Nature’s law of nature-Cause and Effect

Kayakalpa Yoga, a powerful practice devised by the sages of South India, called “Siddhas”, was simplified by Vethathiri Maharishi after two decades of research and analysis. “Kaya” means body and “Kalpa” means immortality. He unravelled the secrets of prolonged youthfulness, Anti-Ageing, improving immune system and having robust physical and Mental Health.

Ongoing Intensive researches are being conducted on impact of SKY practices-Kayakalpa and its transformations.

Under the innovative umbrella of Department of Research and Development, there are number of in-depth research papers and journals are blossoming in WCSC. These aim to create a global revolution through the teachings of Vethathirium.

WCSC provides abundant opportunities for eager minds towards research and innovation. It provides a strong foundation by providing world class infrastructure equipped with state-of-the-art technology. The aspirants are encouraged, guided and provided facilities to prepare and submit major projects for funding agencies.

Patents and Publications: Twenty-three patents have been registered of the SKY Yoga books and 101 books are in pipeline. Over 50 books have been published on various topics. 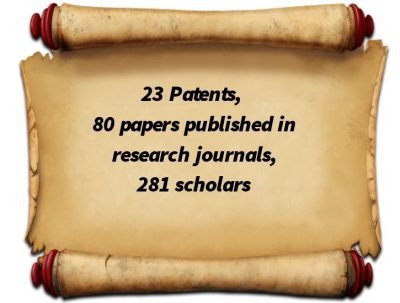 With its cutting-edge research, WCSC R&D wing, brings together a vast community of scholars creating a platform for like-minded to transform their ideas into success and develop their potential. DR.APJ Abdul Kalam (Scientist & President of India handing over certificates to the scholars)

The Aliyar Temple of Consciousness campus has the unique distinction of having Siddha and Homeopathy along with Yoga and Naturopathy. A true AYUSH establishment with all component system.

Annual SKY Doctors Conference (SKY DOCON) – Yearly conferences are conducted with Doctors from across the panel. Allopathy, Homeopathy, Siddha, Ayurveda, Unani and others come together in this conference and have a productive discussion on the various practices of each type of medicinal system. They share their ideas and best practices being followed and come up with the best possible ways to help the society and its people. The focus of SKY DOCON is on holistic healing of physical, mental and spiritual health.

The objective of the conference is to share ideas and discuss on the various method of medicines and healing. This conference focuses on lateral and innovative thinking to help mankind be free of ailments of diseases.

Nine SKY DOCON conferences have been conducted till now. Journal: INTERNATIONAL JOURNAL OF ADVANCEMENT IN RESEARCH AND TECHNOLOGY

A Study on Impact of Alcoholism on Wives of Alcoholics with Reference to Coimbatore.

ALCOHOL AND ITS THREE DIMENSIONAL EFFECTS TO AND THROUGH AN INDIVIDUAL

ANGER - A DISASTER TO PHYSICAL AND MENTAL HEALTH

Role of the spine movements in the yoga poses

AN ANALYSIS OF EFFECT OF ACUPRESSURE 14 POINTS EXERCISE COMBINED WITH THE CONCEPT OF BIOMAGNETISM DESIGNED BY SRI VETHATHIRI MAHARISHI, A NON-PHARMACOLOGICAL METHOD TO CURE HEART PROBLEMS AND TO IMPROVE THE QUALITY

Acupressure Exercise for Health Promotion and Prevention from Disease

Desires of experiencing God through senses will never be successful. By developing your Consciousness you have to become God yourself